The world of journalism has more or less always been an unsafe one. With new conflicts and rapid digital transformations emerging around the world, the profession has increasingly become an even more dangerous one. Historically, journalists have been subjected to violence in the physical world. With the shift from traditional mediums to online ones, this violence has begun to manifest itself in online forms, too.

All over the world, we see a rise in social inequalities and injustices sparking movements. Equally, we see a rise in attacks on press freedom. Be it the George Floyd protests in the US or the anti-government protests in Belarus, journalists in different parts of the world face similar threats, challenges and dangers. According to the Committee to Protect Journalists, more than 700 journalists have reported press freedom violations since the recent wave of Black Lives Matter protests broke out in the United States three months ago.

This course is designed to equip you with knowledge of the challenges that media practitioners are faced with in the world of journalism, particularly in the online realm, and what can be done about them.

The violence that journalists face is multi-faceted. At times, they are physically targeted by state institutions for simply reporting on topics that any nation-state might not want to be reported on. For example, Reuters reporters Wa Lone and Kyaw Soe Oo were arrested in Myanmar for their coverage of the Myanmar army’s atrocities against the Rohingya Muslims. The report was awarded the Pulitzer for international reporting but the Myanmar state used the Official Secrets Act to keep them incarcerated for more than 500 days. Journalists are also targeted by state authorities through direct and indirect means vis-à-vis the online world. According to a survey, 88% of journalists in Pakistan censor themselves while 9 in every 10 respondents also said they had seen their news colleagues commit self-censorship.

Today, journalists face a multitude of challenges and vulnerabilities in the online world, ranging from hacking, phishing attacks, online harassment and digital monitoring. Digital safety is becoming a crucial component of education for media practitioners and provides an enabling environment for journalists to exercise their free speech. This course will introduce journalists to the digital threats that they can potentially face, and the digital tools and practices that they can adapt to ensure their digital safety. 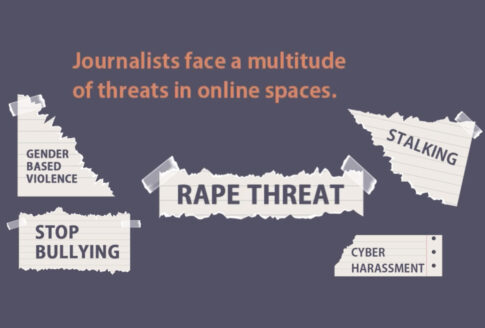 Go to overview Next Topic