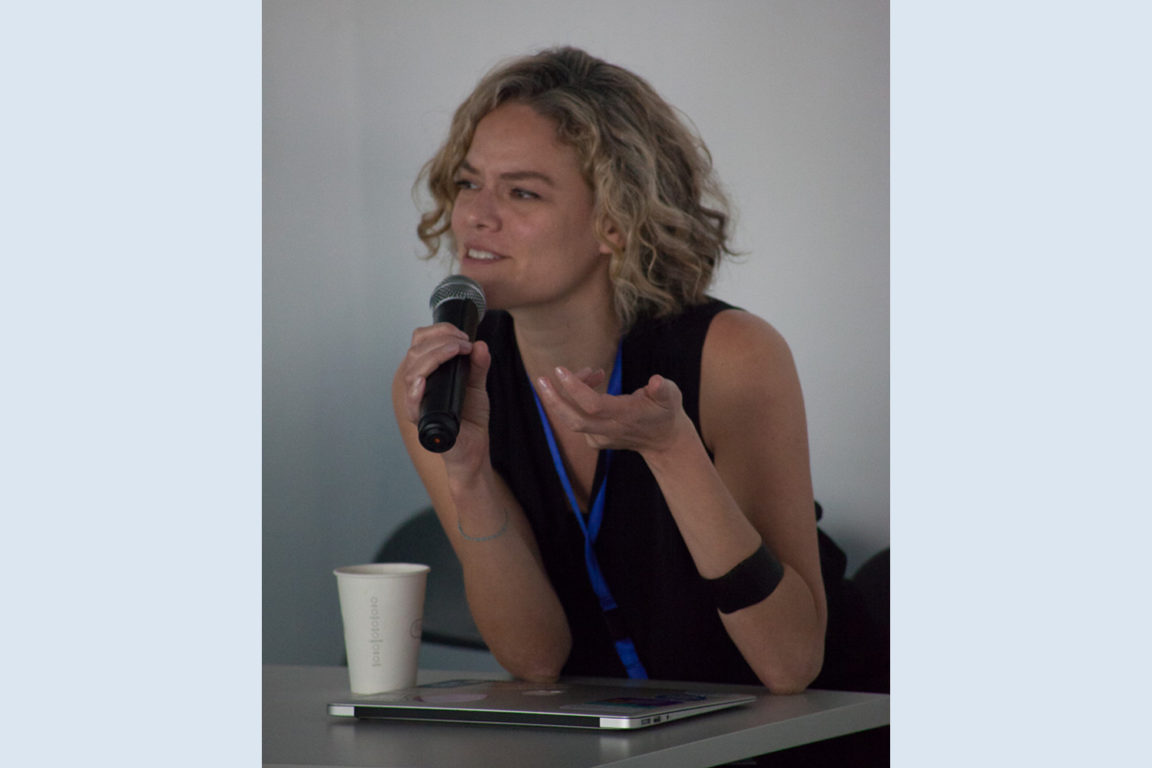 Maher, the executive director of wikimedia : Photo by Mario Nakhoul

Katherine Maher, the executive director of Wikimedia Foundation was the keynote speaker of CheckCon 2017 held at Beirut Digital District.

“There is value in being radical about your values” Maher encouraged participants at CheckCon to keep standing for something empowering, when times are difficult and dark, during her presentation about reliable sources and how open access technology can help citizen media win the fake news battle.

Wikipedia is a proof that people want to share information to make the world a better place. Information empowers people to hold politicians accountable. “We consider ourselves : citizen media, public media. We are not supported by governments. We are supported by the people,” with these words Maher introduced Wikimedia. Maher emphasized that ”Fake news” is not a new problem, the first scandal that involved Fake news traces back to the 1400.  We have been dealing with Fake news for a long time, Fake news were always there. It is an old phenomena sometimes called propaganda, misinformation, or yellow journalism.

Differentiating good news from bad news have been there for a long time such as Fact checking and Academic peer reviews, and citations. Wikipedia states that practices of citations emerged in the 17th century around Galileo times, because scholars wanted to protect their work, their livelihoods for their safety so they started citing back to the information they were reproducing. “So the issue really is not news,” Maher says, “it is the distribution platforms and their business models, and their algorithms and their product designs.”

She encourages an honest discussion that addresses the facts with these platforms; otherwise this issue cannot be fixed since misinformation and ignorance were in the core of these platforms’ business models. ”If we are not talking about where the problem lies, there are no honest conversation,” she adds.

In Maher’s opinion “the problem lies in the lack of transparency and accountability in the product of the design.” Knowing why this information is being provided helps citizens of the world better understand and choose the correct one. Asking the questions of when it was published? Was it a journalist who wrote it or not? drives everyone to make good choices.

Wikimedia, as Maher said, fundamentally believes that “if you give people access to the accountability chain of where our information comes from, they will have the opportunity to make good choices.” Wikipedia deliberately make choices from a policy, product and business perspective. The antidote to fake news is transparency and accountability to your users, Maher says.

“Verifiability” is part of the accountability chain. Where does the information comes from?, travel to the original source and check the citation and when changes were made. With wikipedia, it is easy for readers to know where this information comes from and this is critical. To track original source, check the citation to moderate who is posting and why? Version control is also important to understand when changes are made within the interface of the product and when they were made and why they posted it. 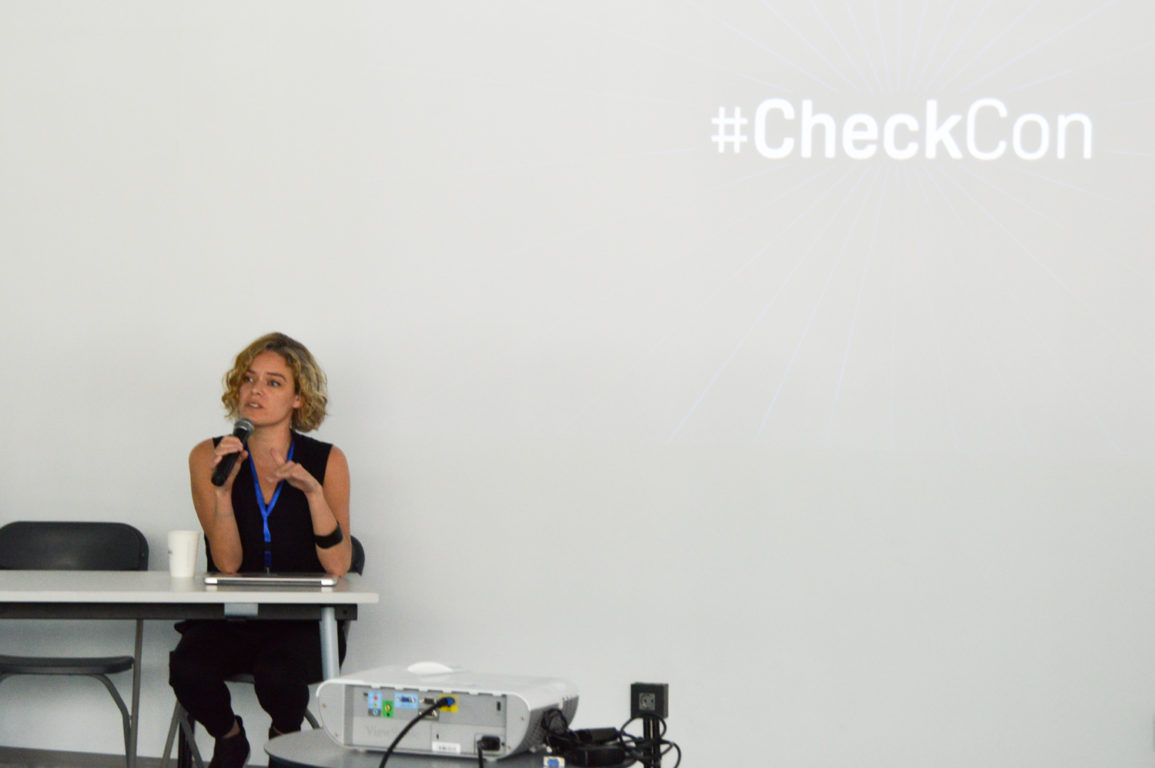 Maher also spoke about valuable neutrality, explaining the difference between the two. “Neutrality” presenting the preponderance of information and “objectivity” representing two different sides of the same story.” She also explained why nowadays aiming for neutrality is more relevant. For example, a controversial talk about climate change does not need objectivity but rather relies on facts given by scientists. Transparency and accountability are also critical for good content.

Maher recommends “Healthy tension of disagreement” and different perspectives create accuracy. As for lessons from the Arab uprisings, too many people were involved in these uprisings who were not able to participate in similar conferences, either because they were detained or else. The important thing is to understand that “we’re all in this together.” Maher kept her positive approach on the current situation and cited an Internet activist from Cairo who told her that “change will come soon but it will always come sooner than we expect it.” There is reason for hope, she says, “it sustains” and “we have to do it by supporting each other on all levels” (psychologically…) and ” I, think we can do it!”

Errors do happen and some information might hold some biases and some observers can say that information submitted to wikipedia is coming from privileged parts of the world who have access to Internet, devices and resources. Therefore, wikimedia is trying to fill in this gap by reaching out to other parts of the world helping them access more tools, encouraging more participation and engagement. One of the main gaps that wikimedia is trying to respond to is related to the representation of content about Africa and women. Only 25% of information submitted is about Africa. From 1.3 million biographies in English, only 16% of them are about women.

Wikimedia Foundation supports Wikipedia, Wiktionary, Wikidata and many more projects. Every month about 220.000 people contribute to wikipedia. Wikipedia receives visits from billion of devices, every single month from around the globe. They have published around 40 million articles in 300 languages. All that work is supported financially from donations received from about 5 million donors worldwide. The next Wikimedia conference will be held in October, in Cairo.

there is value in being radical about your values! @krmaher #checkCon — i am going to tattoo this pic.twitter.com/D8YjhqriyY