A research project in partnership between Internet Archive and Meedan

Overview
Last spring Meedan began an important partnership with our friends at the Internet Archive. Mark Graham, who manages the WayBack Machine at the IA, came to us with a request to help curate ‘at-risk’ URLs from the Arabic language web. Around the world information is shared to the public web that is important but at the same time at risk of being destroyed, or access to it otherwise blocked. Much of this information is important to help inform the public, to document key events and histories and is at risk by those who may be threatened by it. And, on the Arabic language web the prevalence of aggressive censorship and terms of service take-downs of content material to human rights and war crimes investigations makes this archiving particularly critical.

Our goal with this project is simply to find and archive URLs for any Arabic language content we feel might be at risk of censorship or take down to the amazing Internet Archive WayBack Machine. We used the WayBack Machine browser extension to quickly save pages, and Check to annotate and curate links in different projects, adding tags, description, notes and labels to claims and sources.

One of the pressing challenges for digital journalism is content and links disappearing from the internet. Check has integrated with Archive.org to always keep a backup link for the media item you added to Check, to enhance archiving service through Keep.

To request to see all urls saved, and contribute to the annotation process join here: https://checkmedia.org/archive-ar/join

So, What to save? EVERYTHING!

Here are the different topics that we curated from all over the Arabic world. We arrived at these topics after researching patterns of internet censorship on the Arab language web. The risk factor varies between governments blocking websites, social media corporations taking content down, and we also followed censorship of accounts and web links during breaking events in the region.

Since May 2017, Egypt blocked more than 500 websites, others countries in the region like UAE, Saudia Arabia, Israel are also blocking access for different websites. This blocking connection conducted by governments to filter online content and control what users access.

We also noticed that as a result of the long term blockage some websites lost their domain and not available right now already like: http://horriapost.net/, http://arabyexpressnews.com/.

During our period of research lots of breaking events happened in the region, we curated lots of eyewitness media around cause what we learned from local archives and human rights researches, that they couldn’t have access to eyewitness media because of social media corporations taking content down because of it violets their polices or per government requests.

During last April and May more than 100 Palestinian were killed, we focused on Palestine because of the Great Return March. Israel didn’t stop bragging that 90% of their content take down requests to Facebook was approved. We saved dozens of deleted FB Palestinian pages during this time.

By May 30, Thousands of Jordanians heeded a strike call by unions to protest at major, IMF-guided tax rises. We followed the different online conversation on social media. Admin of page #معناش (The main FB following the riots) reported that Zain Jordan hacked the Facebook account to the admin of one of the main pages behind the protest, the main page of campaign was suspended by Facebook for a while, when it was back all the content published before was deleted.

#HirakRif
The heavy sentences returned in the cases of 53 Hirak protesters in Casablanca in last june, sparked riots and anger in the streets of Morocco, we saved live facebook videos, and critical voices around the case.

on 4 July, we witnessed photos and videos showing the resident of the West Bank village of Khan al-Ahmar protesting the demolish of their village by Israeli bulldozers. We saved the documentation of the violation against this community, also after ten years of legal battles, Israel’s Supreme Court has authorised the destruction of Khan al-Ahmar.

Dozens of people killed since protests against corruption, unemployment, water and electricity shortages began in July till September. We saved dozens of eyewitness media that contains graphic content of how protesters was killed in the streets.

Gaps in news coverage,
unlike Europe the right to be forgotten in the middle east isn’t a threat yet. Still there are requests to withdraw articles in news that was public online.
+ Withdraw articles in Egyptian Election:
Head of Egypt State Information Service (SIS) asked Reuters to delete an article about Egyptian elections 2018. 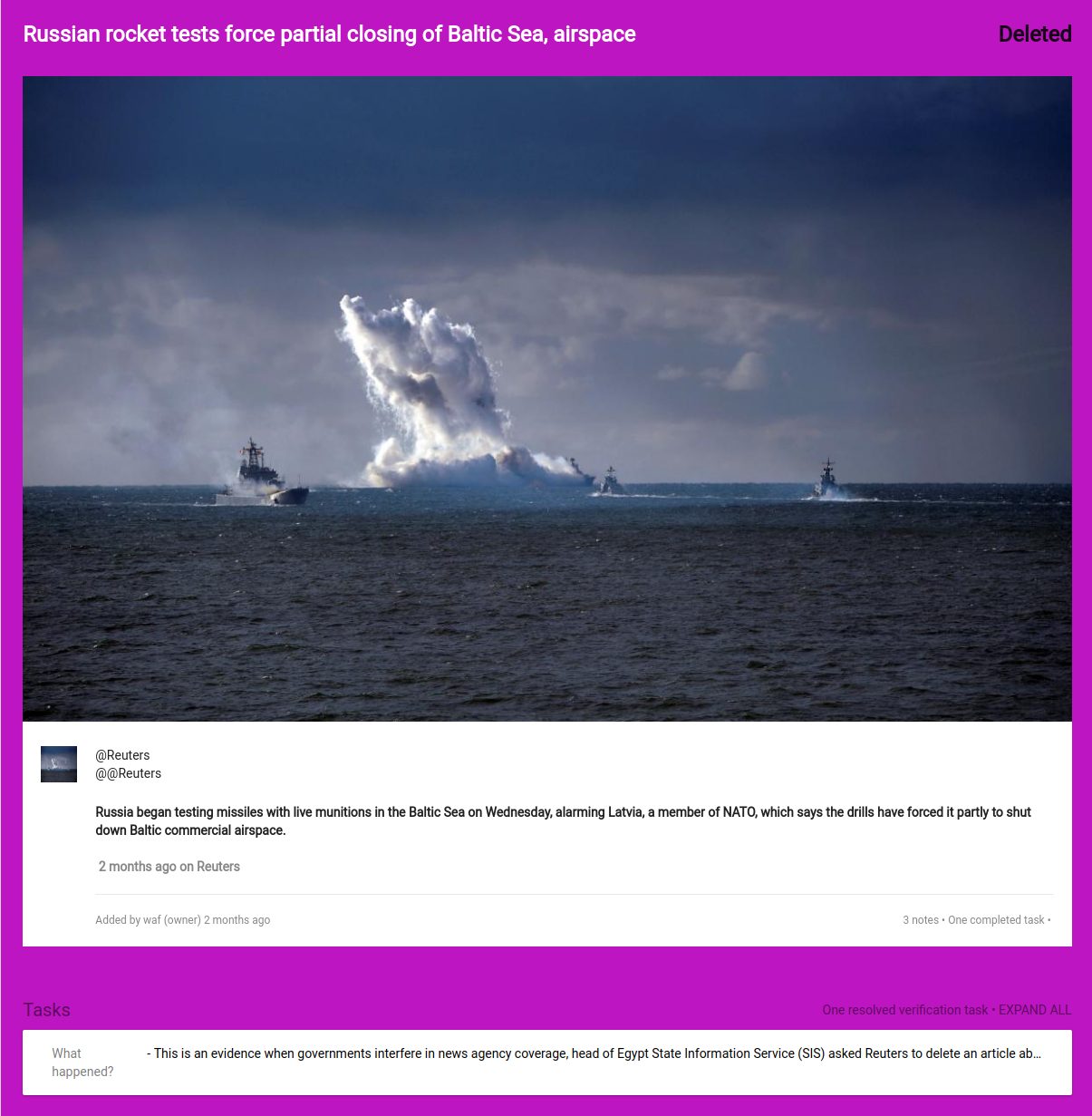 Curating posts from Independent voices and activists that are using publishing practices that allowing accounts to expire or not mainiting a published page.

+ Wael Abbas, a prominent Egyptian blogger Wael Abbas posted on May 23, 2018 “I am getting arrested” to his FB account, Wael faces accusation including disseminating false news, involvement with a terrorist group, and misuse of social media. 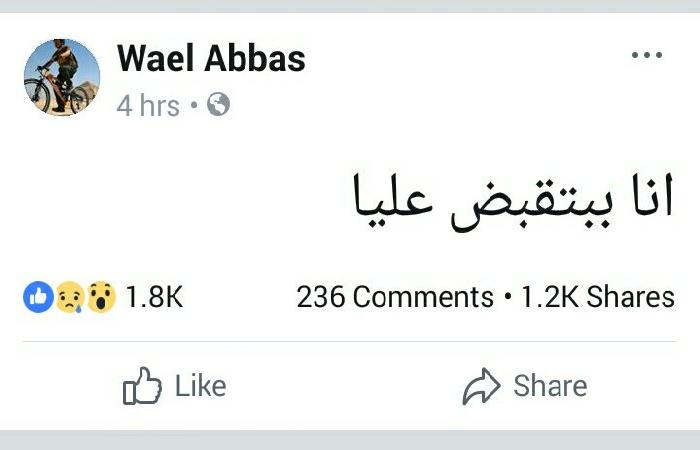 Abbas has covered allegations of police violence, torture and corruption on his blog, Misr Digital, for more than a decade, and has been detained several times.The last time he updated his blog was March 13, 2018. 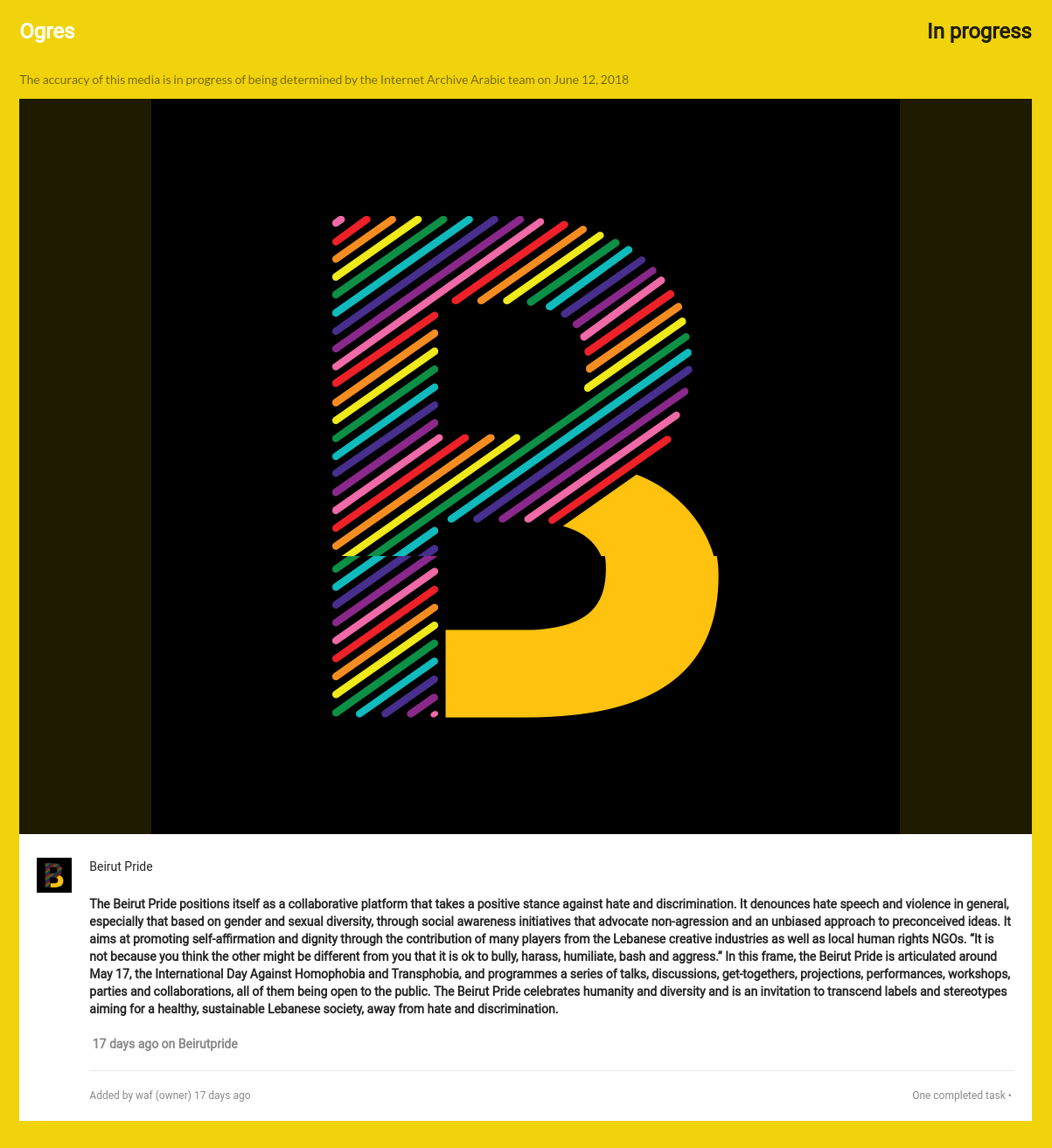 Currently, we are working with different Arabic archives in Syria, Bahrain, Egypt, Yemen, to help them save their own narrative to Internet Archive, if you would like to contribute to the project or suggest public web content we should archive for this project, please drop us a line — in English or Arabic — at Hello@Meedan.com with your ideas.