The funding support from the NAWA-IF has enabled The Yemeni Archive to investigate weapon supplying in Yemen. The Syrian Archive report was able to identify the UK among arms-supplying states and verify that those weapons were used in attacks in Northern Yemen.

The work was presented through a layout of infographics which was exhibited as part of the Aden Then & Now exhibition in Birmingham.

The exhibition was interactive with print and audiovisual archival material from 1914 onwards to explore the human, political and ethical costs of being involved in a war that has been going on for over 100 years. The Yemeni Archive will continue to explore the issue in 2020 with more focus on the investigation of the attacks against civilian infrastructure. 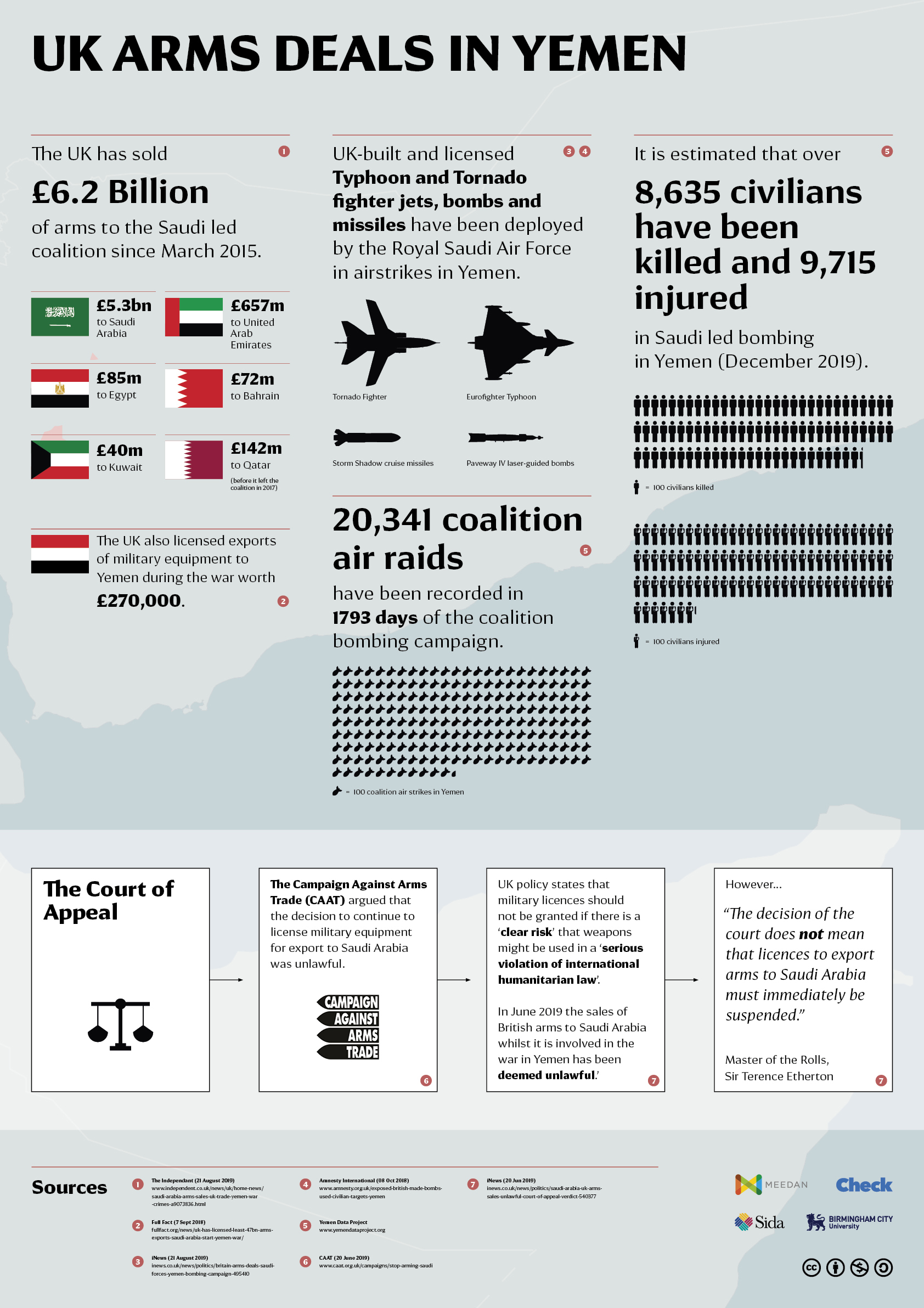 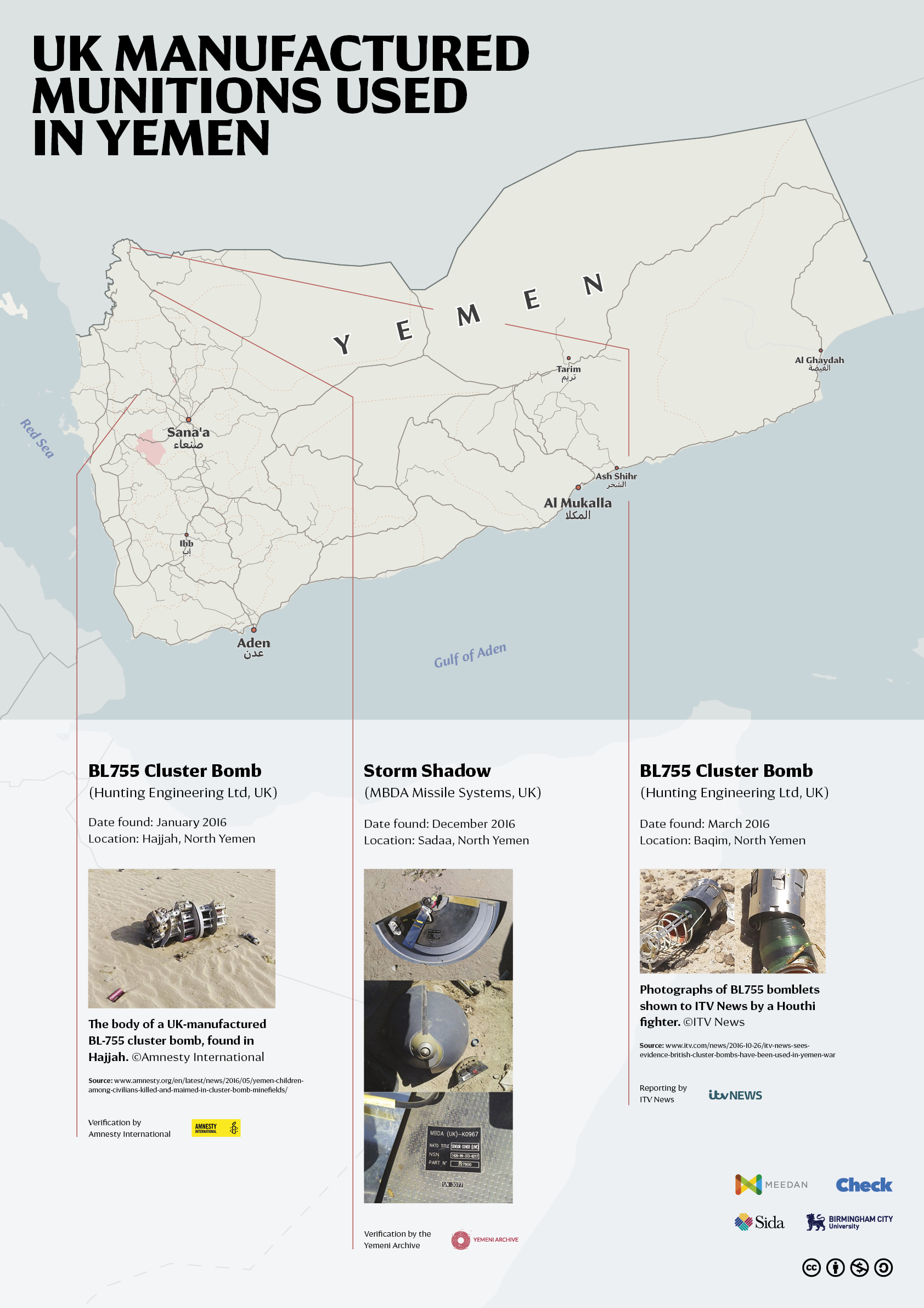