I won’t get into the habit of reviewing novels here, but I’m currently reading a Dave Eggers book called The Circle that resonates with some of our themes. It charts the rise of a new recruit at multinational tech company The Circle, which can be pretty much read as Google or Facebook, but with their fingers in a lot more pies. From page one we marvel along with the protagonist, Mae, as she’s introduced to her workload in customer service, but also the raft of projects The Circle is involved in and their vast, expansive campus equipped with every distraction and luxury under the sun for their staff. 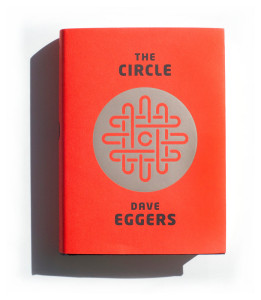 The problems start when it becomes clear that the company expects her to be active online and take part in everything in ways that are clearly an exaggeration of many digital media discourses i.e. the social ‘problem’ of always being plugged into technology and never experiencing people or the world in the flesh, the issue of sharing our entire lives online and keeping nothing private. Whilst Mae encounters people outside the company who resist this, namely her parents and an ex-boyfriend, she is blind to the ridiculousness of her situation, as we see her character twisted, distorted and cajoled into the perfect company drone. And the worrying thing? I usually resist concerns about technology ‘taking over the world’ but there is something about the unfolding of the narrative here that suggests this ‘near future’ is not so impossible.

I won’t give away any more of the details as that’s where the enjoyment of the story lies, but it is definitely worth a look.